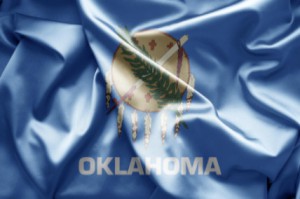 As of late, there has been some degree of success at states passing legislations to allow the use of CDB oils for children with debilitating epilepsy or seizures.

There has already been success in the State House with the passing of House Bill 2835, and now it’s up to State legislators, where it’s beginning to gain support.

Not only do many believe that adults suffering from seizures deserve the right to have access to anything that can help control their epilepsy symptoms, but making it illegal for adults to access CBD oil leaves children who have had access out in the cold once they’ve aged out.

Katie was one of the original young patients to begin using CBD oil in Oklahoma after the law passed last year. Since beginning her CBD oil regime, her seizures have reduced by up to 80 percent, allowing her to stop taking two strong pharmaceuticals and allowing her to regain some of the skills she had lost due to her condition.

Unfortunately, under the current law, once she reaches 18 she’ll no longer be able to legally use CBD oil.

Rep. Jon Echols, author of the bill, argues that this is cruel and does not make sense.

“We’re looking to allow other Oklahomans with other illnesses a chance to see if they can get some relief,” Echols said.

HB2835 would make it possible for adults suffering from “chronic pain, neuropathic pain, spasticity due to multiple sclerosis or due to paraplegia, intractable nausea and vomiting, or appetite stimulation with chronic wasting diseases” to find relief through cannabis oil.

For more on this story, continue reading at Oklahoma’s Own News Channel 9.